It's been a while since I've posted on this blog about Pokemon Boy and his Tourette's. Which is awesome, actually. Because that means there is nothing really to report. As I've stated before, he thinks of himself as Tourette's-free. I like it that way. No fear or self-fulfilling prophecy to live into. When I talk about it, I try to do so when he can't hear me.

The Ex was just here for a visit with the boys. He was here for about 10 days. They spent almost every night with him in his hotel room so it was a much closer visit than previous ones. They spent most days with him, as well.

Over the last few days, I noticed a few little facial tics. Just the exaggerated blinking, bulging of the eyes quickly or rolling them up and to the side real quick. The Ex and I were talking about it but I can't peg if this started during his visit or not. I tend to not notice these tics unless they're really bad or just more frequent. So I'm not chalking it up to anything other than he's off his schedule or over tired or who knows what.

At times I think I should keep a journal like I did in the very beginning. But I feel like, when I do that, I'm putting too much energy in something that isn't really a problem. If his tics ever escalate, maybe I'll return to the journal. But for now, he's not worried about it so neither am I. We still pray about it when it rears its head. And God has kept his so incredibly mild. I'll keep my trust in God.

Oh, and as Lil'Bro has passed the 5 yr mark (when we first started seeing things from Pokemon Boy), we haven't seen anything Tourette's-like from him. I'm not really thinking we will. But you never know. Genetics are a strong player in this world. I won't worry. But I will keep an eye and ear out as he gets older.

Anyway, just thought I'd update you all since this is, after all, a blog called Tourette's Mom! 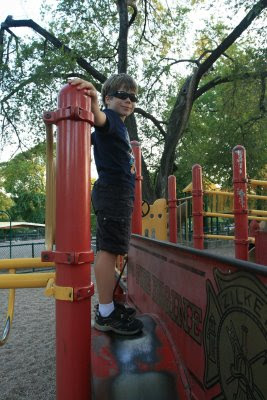 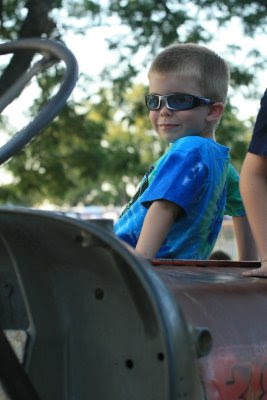 Glad to hear all is going well. As moms, t's so hard not to worry. But you seem to have found the perfect balance between being aware and making too big a deal.