That title sounds like something that would be uttered in a Cecil B DeMille movie staring Chuck Heston as a member of Israel. But it's about my three fathers.

I am one blessed woman. I have had three father-type figures in my life. Four, if you count my birth-step-dad, Bruce. But I will concentrate on the three that had the main impact on my life here. 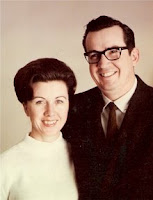 Sam is the first dad I ever knew. He is the dad I think of as my "real dad". He is technically my adoptive father. But saying it like that makes it sound like he was just some stand in, temporary guy. The term "adoptive" whatever has always annoyed me because - to me - it lessens the importance of my dad's role in my life. I call him "Sam" here just to differentiate in this post. But he was "Dad". And he was until the day he died in 1977 (10 days shy of my 12th birthday).

Sam is the one that helped pull all of my loose teeth. He's the one that let me and my sister ride sitting one on each foot while he tried to walk around the kitchen. He was an IBM engineer that was a freaking genius. He was so handsome - I thought he looked like Lee Majors and Elvis, but handsomer. He's the one that worked his butt off to provide an amazing life for my mom, my 3 siblings and me. He was someone that almost everyone at our church looked to as an example of a real Christian and what a real father and husband looked like.

I once asked him what he was going to do when I brought my first boyfriend home (I must have seen something on TV that triggered this question). He sat and thought for a moment. Then he said, "Well, I'll probably just ask him a few questions while I clean my shotguns." I could not WAIT to drag home some poor unsuspecting boy for that inquiry!! Unfortunately, it never happened.

Sam was my daddy. My dad. The dad of my formative years. He and my mom gave me the solid foundation in God that carried me through my own stupidity. He and my mom are a large part of who I am because of the absolute unconditional love they provided from age 3 months to age 12.

Hal is the second dad I ever knew. He became my step-dad in 1978. I refused to call him anything relatively close to the words dad or father. He was "Hal" and I made him very miserable for many years. But let me tell you about Hal. He stuck with my mom and their Brady-Bunch-on-acid family through thick and thin. I'm sure he wanted to bolt more than once. But he never bailed on us. And he stuck with me through some pretty awful stuff. He earned the title of "dad". And I am totally comfortable introducing people to my dad, Hal.

Hal and I don't see eye to eye on religion or politics. We politely try to avoid it. Well, I try to avoid it. He would love to push my buttons on politics. But he's nice and doesn't any more. But where we don't agree - I have HUGE respect for the man. He and my mom walk their talk. I may not like it all but I have to give him huge props for his integrity and sticking to his beliefs. And he loves my mom like crazy. She was just here taking care of me for seven weeks. It was so hard for him to be apart from her but he made the sacrifice for his "baby" - me!

Hal and I have been through the ringer together. He got me as a daughter just as I hit puberty. Throw a bunch of teenagers into a mixed family like that, shake, and stand back to watch the explosions. He did his best. And as a teenager, I made sure to let him know that his best sucked. I have spent the last couple of decades of my life calling my parents to tell them what an idiot I was back then and how I see now that I would do anything - ANYthing - to keep my kids safe. So all the things I thought he had done out of pure meanness, I now see he was trying to save my life.

Fortunately, Hal has a great sense of forgiveness for me. And he understands that I was just being a teenager and dealing with pain and a horrible situation in the only way I knew how. He gave me away at my wedding in 1996 and now he'd like to camp out on my porch with a shotgun to keep future ex away. HA! (For the record: that's a joke) 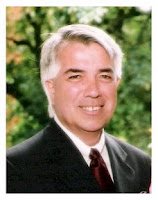 Dean's real name is Simeon (pronounced "Si-mun", not "Simm-ee-un"). Dean (or Dino - as he introduced himself) was my birth-father. His genes - along with those of my birth-mom April - doomed me to have a huge head, a short stocky body, a great head of thick hair and a great voice. He also gave me all my dark hair. A fact for which I punched him in the arm when I first met him in 1986.

My birth-mom found Dean for me after she found me in 1985. He was without boundaries and overwhelming. And I mean that in a loving way. The man embodied love. So much so that you could smother easily if he loved you. At his funeral in 2002, his brother described him as "summer". And I have to agree that fits. He was perpetual brightness. He was funny and could stretch a yarn like no one else. It often embarrassed the hell out of me and my half-sister. But now that he's gone, man, I miss it.

Dean was a goofball with an amazing voice. His speaking voice was low and should have been on the radio. His singing voice was amazing. He loved people completely and without bounds. I used to say he had a heart the size of Texas. But now that I live here, I know that's too small. His heart was huge. His siblings tell stories of how - when they lived in the Philippines as kids - they lived in a really nice house. I believe it was gated somehow - maybe an armed services compound of some kind? But he would go to the fence and chat with all the poor kids on the other side. Sometimes, he'd literally take his clothes off to hand through to the poor kids - much to the annoyance of his family. But that's Dean. He'd have hardly anything in the bank but he'd send it to anyone that needed it.

Dean died way too young in 2002. He got to meet The Boy on his first birthday in July 2001. I wish he could see The Boy now. The Boy has his personality - no social boundaries. Loves completely. Absolute goofiness. Has compassion and concern for everyone in his life. Sings amazingly well. Dean would puke with pride.

These are the wonderful fathers in my life. I have been blessed beyond measure to know them all. I thank God that he brought each one into my life. They all gave me SO much.

Wow - when you honor people, you don't skimp! What a gorgeous post. And how cool to see pieces of your heritage :)

Thanks for sharing this, I rarely cry, but this put tears in my eyes.

Oh, Lynette....If my tribute to my dad...inspired you to share this fantastic story of your Dad's...Then I say Praise God, because, I will never be the same after reading that...I think I've lived a sheltered life...mine has been so blessed....I admire you even more now dear lady, with all the things you've dealt with in your life ...You are my hero today! You win the Father's Day Tribute in my book!!
Love and Hugs dear!

Great post! Yes, you are very blessed indeed to have had these role models in your life!

It was really cool to learn more about your dads - and to see how each of them has contributed to the amazing person that you are. What a beautiful post! Love you!