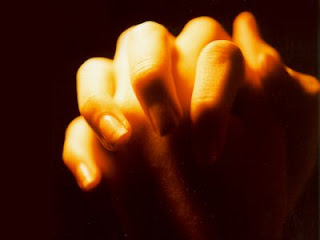 Mom called tonight - just after I had gotten home from shopping. She said, "Dad and I are testing out the ER in the new hospital." Initially I thought, ok, they're touring the ER...cool. Then I realized she wasn't joking.

They were returning home from shopping when dad had chest pain that radiated down his arm. Not good for an 80 yr young man with a pace maker. Not good for ANYone, for that matter. Fortunately, they've just opened up a great hospital spitting distance from my house. Which means it's a 10 minute drive from mom & dad's house. But I think they were close to it so they went to the ER. Mom feels they got great attention and care.

Right now, they don't know what's going on with his chest. They don't want to diagnose until they know more. So they will keep him overnight to run blood tests every 4 hours. We'll know more in the AM.

I have called all of my siblings and my mom's sister. Got the family and church prayer chains going. I even posted a prayer request on my MySpace site. I'll take any prayer out there right now.

My dad rocks. I have a gut feeling that God intends to keep him around here for a while because he's a major player in the healthy male role model department for my boys. And I'm still a mess who needs rescuing. HA!

Anyway, I know I have a huge group of prayer warriors out here so I'm tapping into that.

Praying right now - for Dad, Mom, you, and your whole family. Love you.

Mom told me about our little Hal tonight. Praying things get better. Glad they could get where they needed to be quick.

Praying for you here, all of us